The question of the genesis of conscience

In article on the basis of theoretical analysis of works devoted to the study of conscience, the conclusion about the illegality of the use of ontogenetic concepts of human development as theoretical basis for the explanation of the origins of morality and the rejection of such a complex phenomenon to just one of its forms of existence. In particular, criticized a common in philosophy and cultural science approach, according to which the specificity of the process of formation of moral consciousness of man in his history is revealed through these forms of social control, as fear, shame and guilt. Instead of, the author proposes to examine human behavior in the unity of its social and biological dimensions.Highlighting certain protohuman qualities and demonstrating how they develop and are enriched by the specificity of the social formation in its history, the author draws attention to the existence of biological preconditions of conscience, which is the instinctive nature and cannot be reduced to the kinds of conscience that has a social nature. On this basis, it is proposed to classify the conscience of the species, based on the specificity of cultural types of social regulation: the naturalinstinctual, community-group and personal. 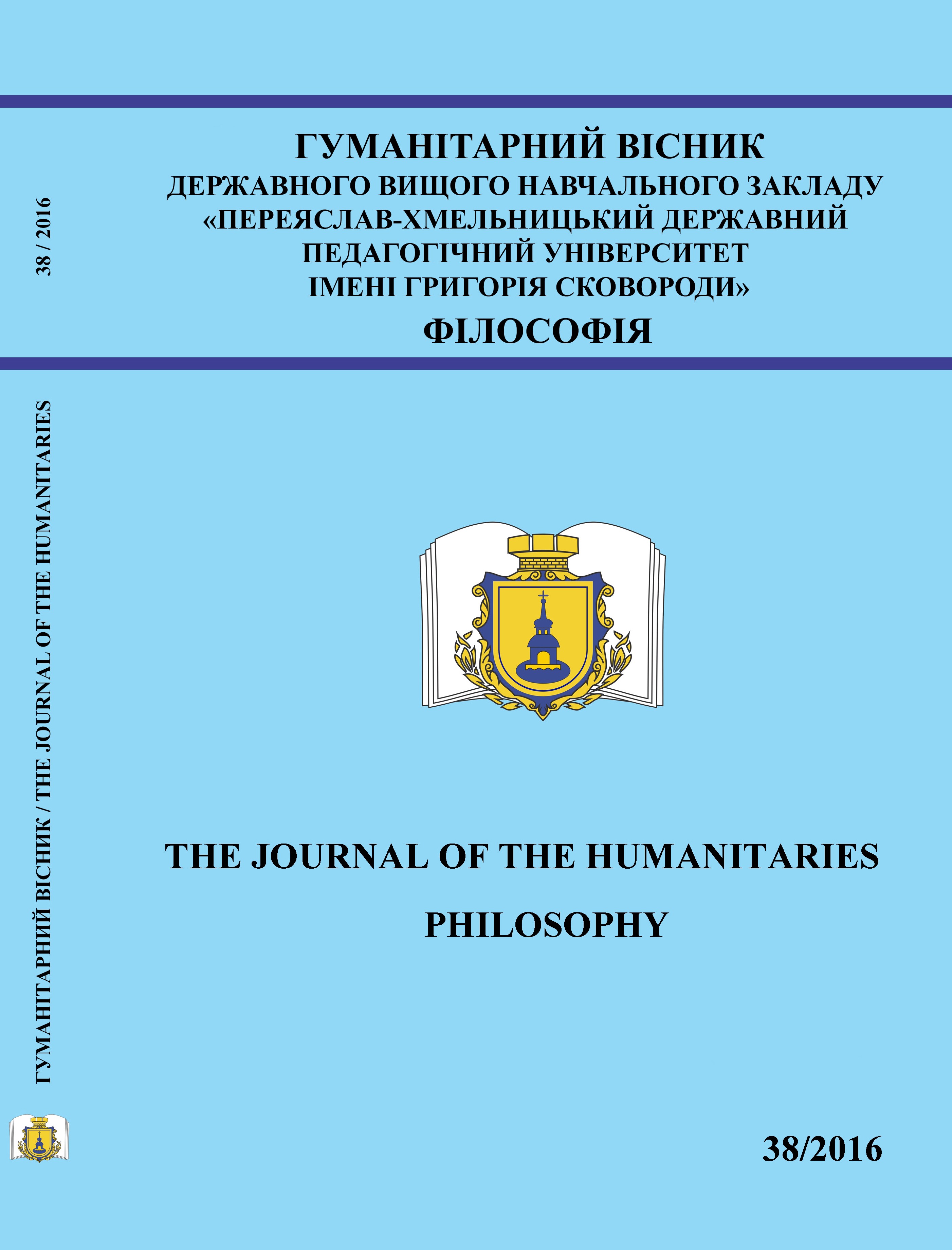 Published
2018-02-23
How to Cite
Симоненко, С. (2018). The question of the genesis of conscience. HUMANITARIUM, (38). Retrieved from https://humanitarium.com.ua/index.php/hum/article/view/176
Download Citation
Issue
No 38 (2016): Psychology
Section
Articles