The concept of education philosophy in planetary scale

The article considers the peculiarities of education philosophy in High School at the current stage: the main tasks and tendencies of development in the context of the formation of a single European educational and scientific space.

The place and role of philosophy in shaping a person of the future are defined. It is noted that universal values and priorities are the ideological basis of modern philosophy. The study of philosophy becomes one of the main preconditions for each young person to enter the global cross-cultural context. Attention is paid to the fact that the Education Philosophy has a special mission in shaping the person of the future, because it provides future generations with successful socialization in informational conditions and justifies the need for constant changes in the educational system. Moreover, the Philosophy of Education determines the norms of the value-ideological positions of the future man in the modern world, and gives a true understanding of the sense of life.

The author emphasizes that the main goal of education is to form and develop a highly intellectual, conscious personality with a public position, ready for a competitive choice of his place in life. The purposeful socialization process of the individual, his formation as a person and as a citizen is provided by education. Philosophy is considered as a specific sphere of spiritual and practical understanding of the world and at the same time as the essence of the process that arises in space and time.

It is noted that the globalization process is increasingly making its adjustments to the modern world, changing the consciousness and social character of human life. The mass communication revolution resulted in increasing speed of information exchange, decision-making, dynamics of economic, cultural and political phenomena and has defined such new human qualities as independence and firmness. The need to orientate quickly in a varied information space, the ability to analyze quickly, make, promote and translate decisions into action, all these are more and more becoming the features of new human life dimensions.

The modern scientific picture of the world reflects the crisis of a rationalistic scope, which guided the human to the constant world transformation in his interests according to the mind laws. Now, another philosophical approach is starting to take off: a person has to arrange his individual existence according to the laws of the universal world order. Another feature of ideological reorientation is connected to the emergence of premises for the formation of the synthesis of natural sciences and the humanities in a new scale at the end of the XX century. The essence of this phenomenon lies in the fact that scientific knowledge acquires the status of spiritual search, from a partly narrow professional activity to a sense of life-oriented direction.

As is known, the task of any education is to attract people to cultural values, science, art, etc. Culture represents accumulated social experience, cultural universals provide reproduction of a certain image of social life and personality types. The mechanisms of life, socialization and preparation for being in a modern culture are laid in education. 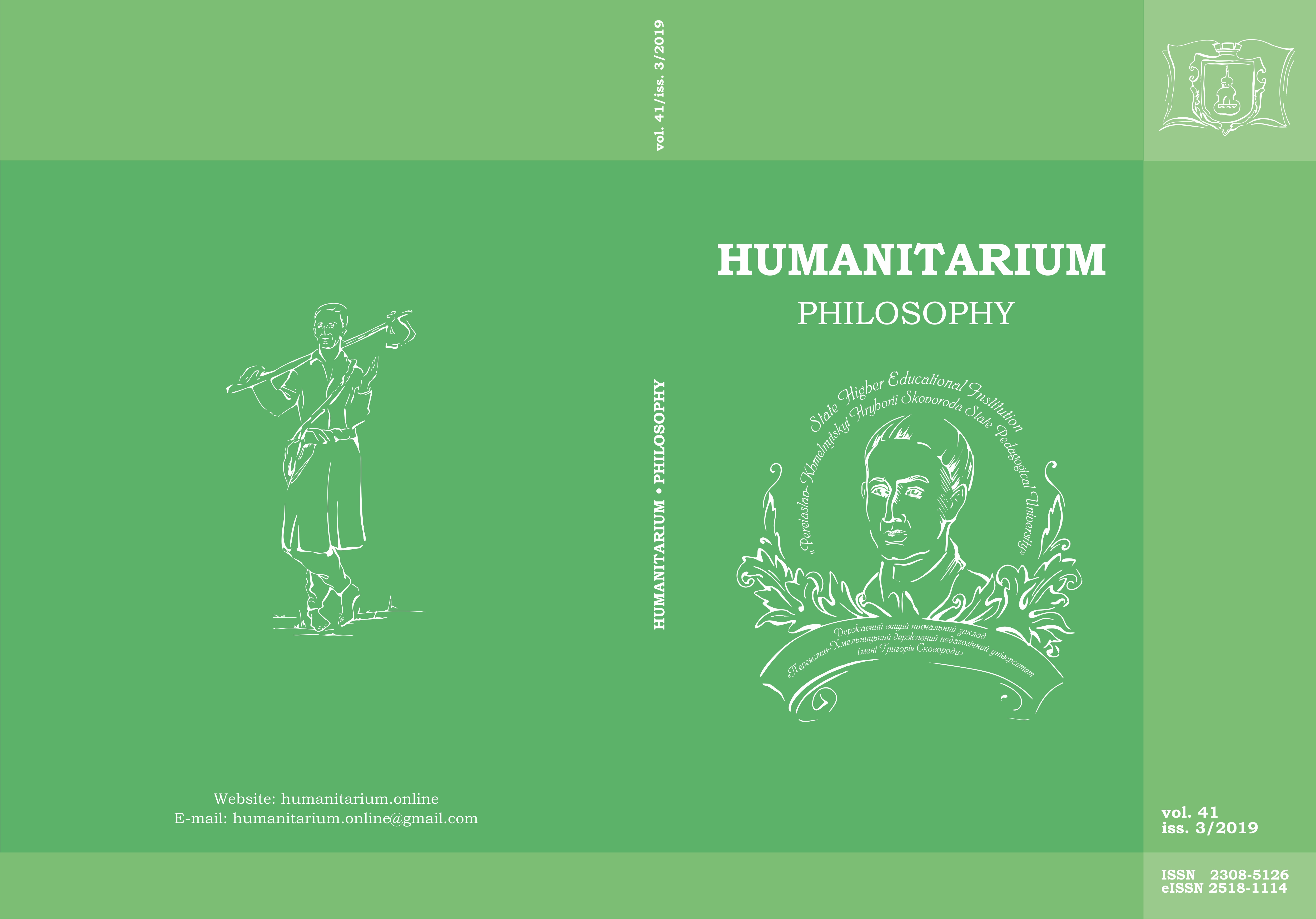